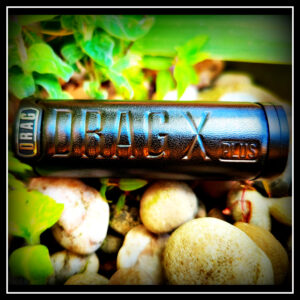 Hello folks! How are we all doing today? Where I am in the UK, we are having a sizzler of a day as I write this review, with temperatures soaring above 30 degrees Celsius! What I call a proper scorcher!

Despite the beads of sweat on my forehead, today, I have something new to show and discuss with you all! New, and yet not really, we have here the VooPoo Drag X Plus: Professional Edition. This mod was sent to me for the purposes of review by VooPoo (thanks again, Chloe! You rock!).

Now is the point where some of you might go: wait, Jen – didn’t you just review the VooPoo Drag X Plus kit a couple of months back? How is this new mod different from that one you just reviewed? And perhaps the most sceptic vapers may ask: is this another gimmick to milk the very successful Drag Series of devices further? Hmmm very valid questions, I must say.

Firstly, yes indeed, my padawan! My review of its predecessor mod (as part of the Drag X Plus Kit) is here on thevapereviews.com. Secondly, versus the Drag X Plus and according to VooPoo, the Professional Edition promises a more stable output of power with a newly upgraded Gene.Fan 2.0 chip. As for the third question, let’s journey on the rest of my review to see for ourselves, eh?

As always, my review will be from my own experience of using the device as a regular vaper, as most of you vapers buying this device will be.

I was sent a sample version of the Drag X Plus Professional Edition Mod containing:

Salient Features include the below, with a focus on what makes this different from the Drag X Plus Mod:

The same dimensions, safety and usage features, modes, protections found in the Drag X Plus Mod are still incorporated in this Professional Edition. 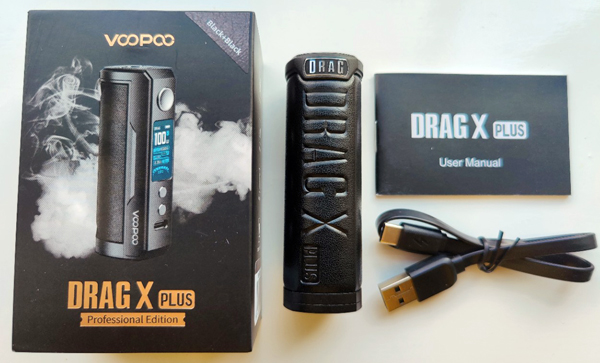 The most striking feature of the mod packaging to me is the gold branding embossed on its front and back, immediately setting it apart from its predecessor. The fact that it is labelled as “Professional Edition”, for me that is pointing towards this mod being aimed at those who are using or who have used the Drag X Plus mod. Product features, box contents, and VooPoo’s socials are printed around the box in a clear manner. Other than these, there’s not much to say about the kit packaging but bear in mind that I received the sample packaging and I am not too sure if the retail version will have something a little more.

Not gonna lie – the mod I received is pretty damn gorgeous! It’s labelled as “Black + Black” on the packaging and this meant black leather, black zinc alloy all around, and blackened buttons (is this what they call “murdered-out”?)! The only area that isn’t black is the Drag metal branding on the top of the mod, which I did like too as it lends a bit of flair to the device. I am not quite sure if this finish is even an option in the original Drag X Plus.

Another physical difference I noticed is the leather used in this Professional Edition. I happen to have the black Drag X Plus, and comparing both side by side, the leather used in the Professional Edition seems to be finer, with the Drag X Plus branding also done a little more finesse. But overall and if I am being picky, it is still a tad overbranded for my taste. Perhaps they could have gone with more subtle branding in this iteration, as I know some vapers do get turned off by excessive branding.

Nonetheless, so far, so good! 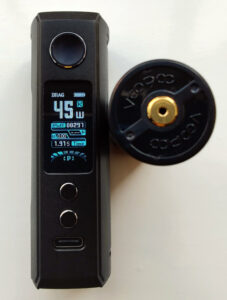 Going into the features and functions, it is pretty much exactly like the Drag X Plus: the LED screen with vaping data, the vaping modes, even the adjustment buttons, fire button, and USB C port. The battery is inserted inside the mod via the bottom door which has the lone battery polarity marker. Knowing that this is just a sample mod, I hope the retail version has a white polarity indicator inside the mod so that it can be easily seen.

Safety features are the same and are the same with most regulated mods in the industry. The mod boots up quickly and adjusts mode and power swiftly as well. Both Smart and RBA modes worked well.

The big difference in this mod can be found, as we say, under the hood. With the optimised boost, the power no longer feels laggy with decreasing battery life, which was a criticism of the Drag X Plus mod. Indeed, I did give this mod (and my poor 21700 battery) a beating in the 2 weeks I’ve been using it, and it can keep up! For example, at 50 watts, the power I felt when vaping at full battery felt the same when it was at around 10% battery.

You might say, 50 watts? Psssh that’s nothing, tell me how it performs at 90-100W. After all, this is a “Professional” Edition, right? 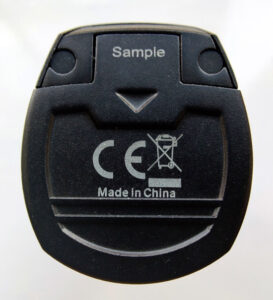 Well, because I love you all, even though 100W isn’t my jam, I vaped one of my RDAs on this at 100W and the power output performance is sustained and stable. Yup, the vape was gloriously super-warm at the full battery and when near 10%.

However, all this power-boosting does mean that the mod will sap the required amount of power from the cell in use. So, at 100W, your 21700 will not last very long.

With a 18650 cell, however, the boost at decreasing battery isn’t as noticeable as when I was using my 21700 cell. It was fine at full charge, but then from 50% battery, I couldn’t really feel that boost kick in anymore. Could it be due to the 18650 battery adaptor? I am not quite sure, perhaps the mechanically-inclined vaper will be able to explain the reason to me.

To answer this, let’s go back to the sceptic vaper question in my introduction- is this another gimmick to make another Drag Mod?

I would have to say not really to this question, because if nothing else, it shows awareness from VooPoo of where their previous mod needed some improvements, for some of their vaper audience. It is a single cell mod that is very portable and pleasing to the eye, and now with a power boost for a more consistent vaping experience.

For this reason, I do give this mod a Yay. And especially with the way I vape – my sweet spot in DL is around 50W or so- I did notice a boost in power and therefore, mod performance. When I used it for MTL, the boost didn’t really matter that much as I was vaping in much lower wattages at around 15-20W, therefore the mod didn’t really sap my cell as much.

What I will suggest to VooPoo though, if this is actually possible, is to make the boost/optimised output a mode choice. What I mean is, to add this as a 3rd mode to the existing Smart and RBA modes. I suppose this suggestion might come off as a little selfish, but for vapers like me who use don’t really venture beyond 50W that much, the battery sap from the boost may be a little impractical. What I mean by that is, for example, needing a spare cell when travelling, or having to recharge batteries a little more often.

Having said all that, I do recommend the Drag X Plus Professional Edition for vapers who want a small, slim, portable 100W mod with a little more oomph than its contemporaries. It is arguably one of the best single-cell mods in my vaping arsenal. With the caveat of course that my Yay is with using this mod with a 21700 battery (I don’t really recommend using a 18650 cell if you want that “boosted” experience).

Once again, my biggest thanks to VooPoo for the opportunity to review this mod! Head over to their website to pick one up!